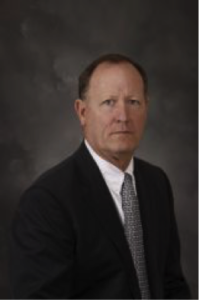 Bill Forrester is a retired US Army Brigadier General with more than 31 years as an Army officer and senior executive with diverse international management experiences in organizations of varying size and complexity. He is a former Commanding General of the US Army Combat Readiness Center, the former Director of Army Safety and a published author specializing in Leadership, Safety, Training and Team building.

Forrester served as the principal advisor to the Chief of Staff Army for the occupation and lifestyle safety, health and welfare for the US Army’s two million Soldiers, Civilians and Family Members. Forrester’s key assignments include the Deputy Commanding General for the US Army 2nd Infantry Division (Republic of Korea), Chief of Staff for the US Army flight training at Fort Rucker, and he commanded the 159th Aviation Brigade (101st Airborne Division) during the US invasion of Iraq in 2003. His experiences include command in conventional and special operations aviation with operational assignments and mission sets in numerous locations in the continental United States, Germany, Honduras, El Salvador, Hawaii, Alaska, Sierra Leone, Liberia, Bosnia, Turkey, Iraq, and Afghanistan.

Forrester is a graduate of West Point, the Army’s Command and General Staff College, the Army War College, and holds Masters Degrees in Personnel Management and Strategic Studies. He is a Master Army Aviator with awards and decorations including the Distinguished Service Medal, the Bronze Star, Legion of Merit (three awards), Air Medal, and the US and Australian Parachute Badges. Forrester was recognized and presented the American Motorcycle Safety Foundation’s National Award for Service (2007), is a life member of the 160th Special Operations Aviation and the Night Stalker Association, was awarded the Army Aviation Association of America Order of Saint Michael Gold Award in 2008; and was received the Presidential Award for distinguished service to the Korean people by the President of South Korea.

Forrester served on the Alabama Governor’s Workforce Development Council from 2009 till 2013, is active with Huntsville Rotary Club, and past member for the Board of Directors for the Tennessee Valley West Point Society. Mr. Forrester was an aviator during his thirty-two year career in the US Army and remains active with the Army Aviation Association of America (AAAA), and the Association of the United States Army and currently co-Chairs the Screaming Eagle Aviation Association (a non-profit organization) dedicated to the Aviation Soldiers and Families (past and present) of the 101 Airborne Division. A native of Tennessee, Bill is married to the former Nancy Nicholson and they have two married children and two grandchildren. The Forresters reside in Huntsville, Alabama.